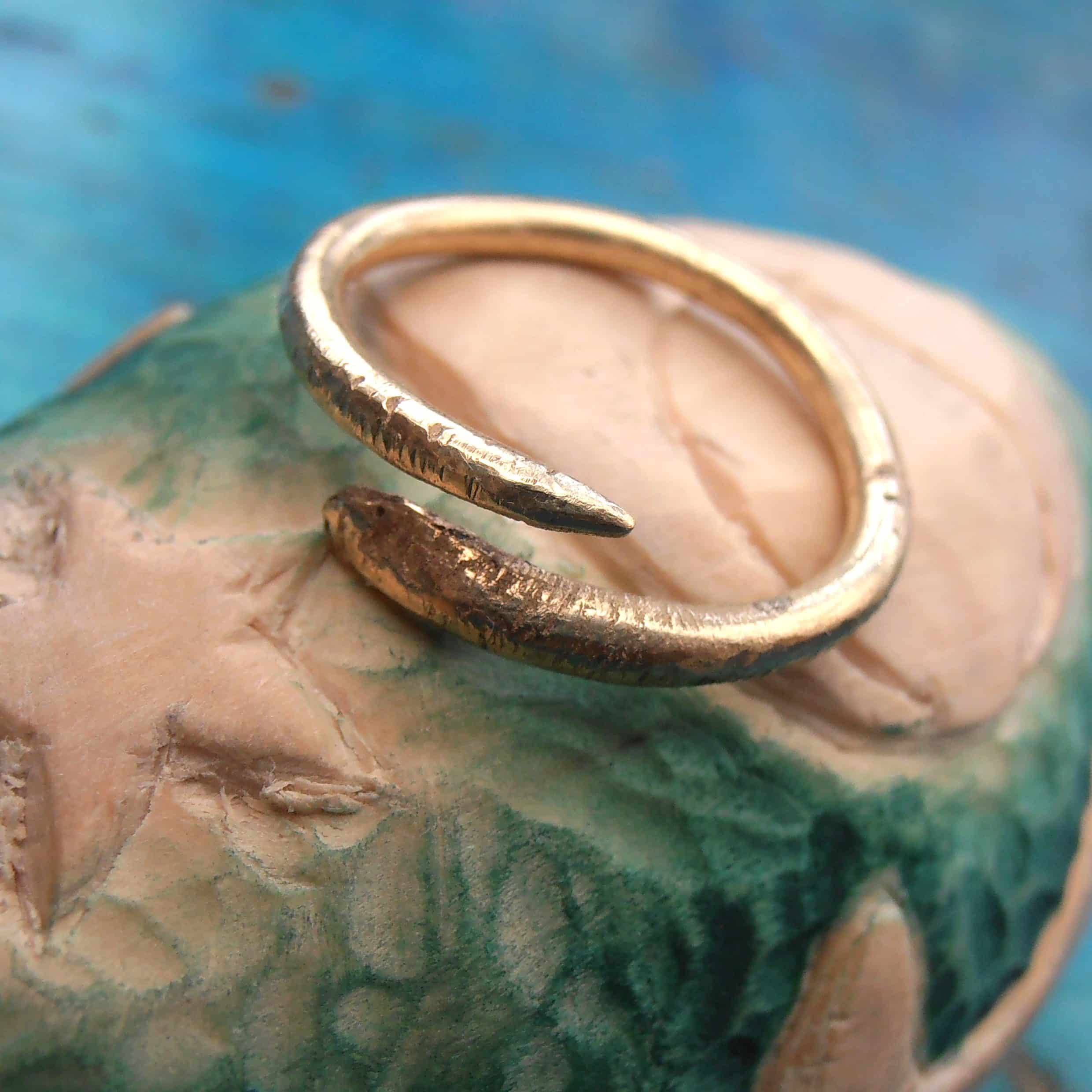 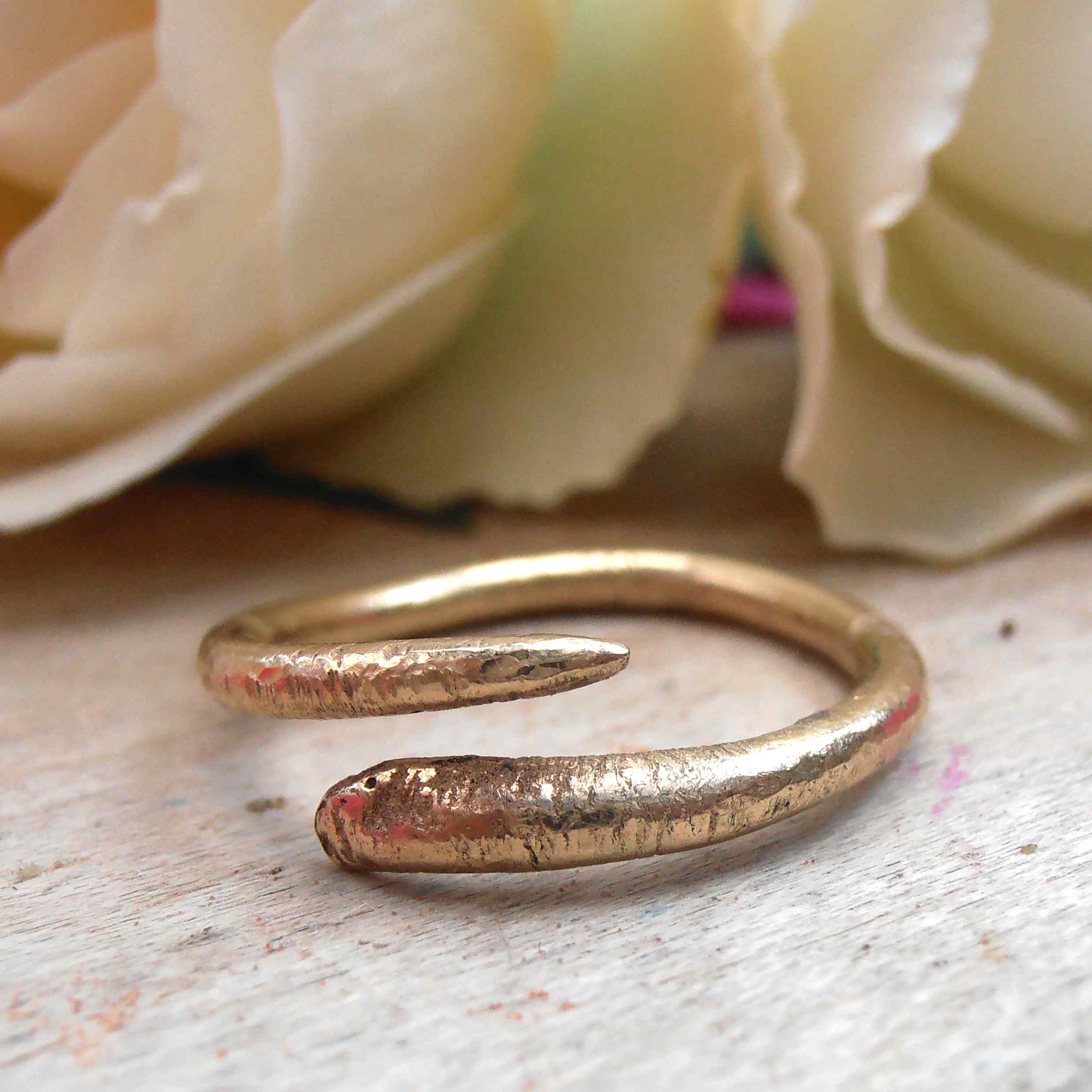 This snake ring is one of a kind, crafted in 9 carat recycled gold with an antique finish that gives it a very unique look.

Each snake comes in a vision to bring its teachings and each snake carries a name. The name of this snake is “Oxumaré”.

Oxumaré(rainbow serpent) is a Brazilian Orixá (deity), guardian of the passage between the spirit realm and the physical world. He is depicted holding a rainbow snake and travels on a rainbow from the Sky, where he resides, to the Earth. When he comes down to the Earth to visit us humans, he loves to stay near the waterfalls.

Oxumare represents good luck, abundance and prosperity as well as the union of the masculine and the feminine. The union that allows the creation of life and all that life represents, including mortality. The symbolism of opposites manifests in him being half the time a man and the other half a woman. His salutation is: Arum boboi

With this ring, Oxumare brings a vision of balance between masculine and feminine energies. Through this ring, he becomes the sealer of the inner tantric Union of opposites that is present in all of us.

“A rainbow serpent slithered though the waterfall and called me by my real name.

He – half woman half man – gifted me with a name and understanding of the Land of Oxumare.

So I saluted his and her name: Arum boboi

Next to me under the hot sun the skin of a viper.”